This evening, Orbit (UK) released the cover art for the UK edition of Shawn Speakman's anthology Unfettered. I came across it via a tweet by contributor Peter V. Brett, and despite having little-to-no interest in the anthology itself, I found myself rather annoyed by Orbit's change of cover art. And as I dug deeper, I realised something rather wrong had occurred. For those who don't know, Unfettered is an anthology edited by Shawn Speakman that was created to help pay for his medical bills after a battle with cancer, and around twenty mid-to-high profile authors contributed stories to it.

You see, the cover for the original release was created specifically for the anthology by Todd Lockwood, who also had his writing debut with this anthology, and it's supposed to represent Shawn as having broken the chains that cancer bound him with, and it actually incorporates Shawn's face into the piece. It's clearly an important, special work - and it's actually rather good - and there's nothing better to cover the anthology with. It is personal, it is created with a specific purpose. There is no reason not to use it - plus not to mention it'd save money on getting new cover art.

So why - why why why - have Orbit gone and done this? 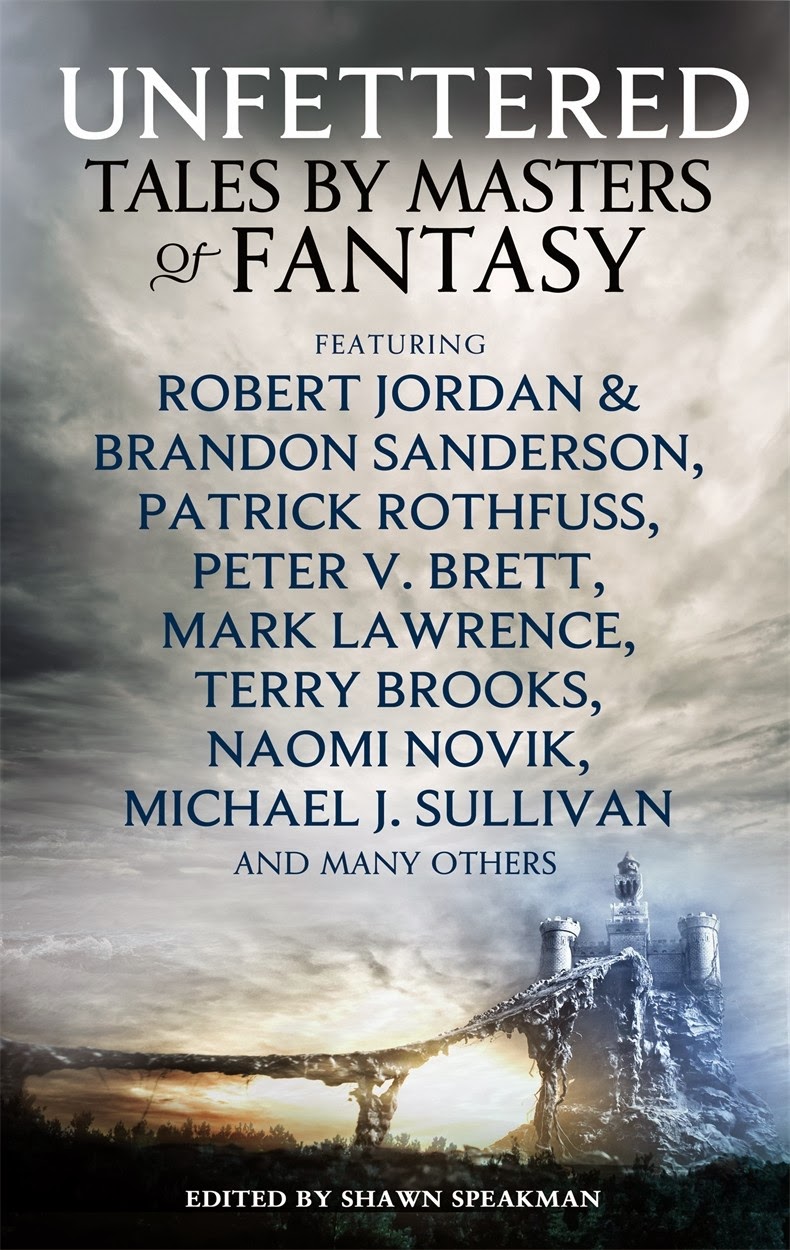 Aside from the cover having nothing to do with the title, Shawn's name is at the bottom in much smaller print, whereas in the original edition it's actually in a slightly larger font. It's also just pointlessly generic, falling into the same old Heavily Photoshopped Arsery that seems to dominate UK genre cover art. Did they just have to give their art team something to do?

I tend to have a reasonably strong dislike for UK cover art, but I think this crosses the line for me. Orbit have twisted and changed an anthology with a specific goal and aim into some generic anthology, and I think it's wholly wrong of them to do so. Yes, they acknowledge the history in the announcement post, but these changes just seem wrong to me - and the tagging of the post hardly helps matters.

And the sad thing? There's no way for UK readers (nor those in the other mentioned regions) to get this in print or eBook any other way, unless a used copy is bought, which doesn't benefit Shawn.